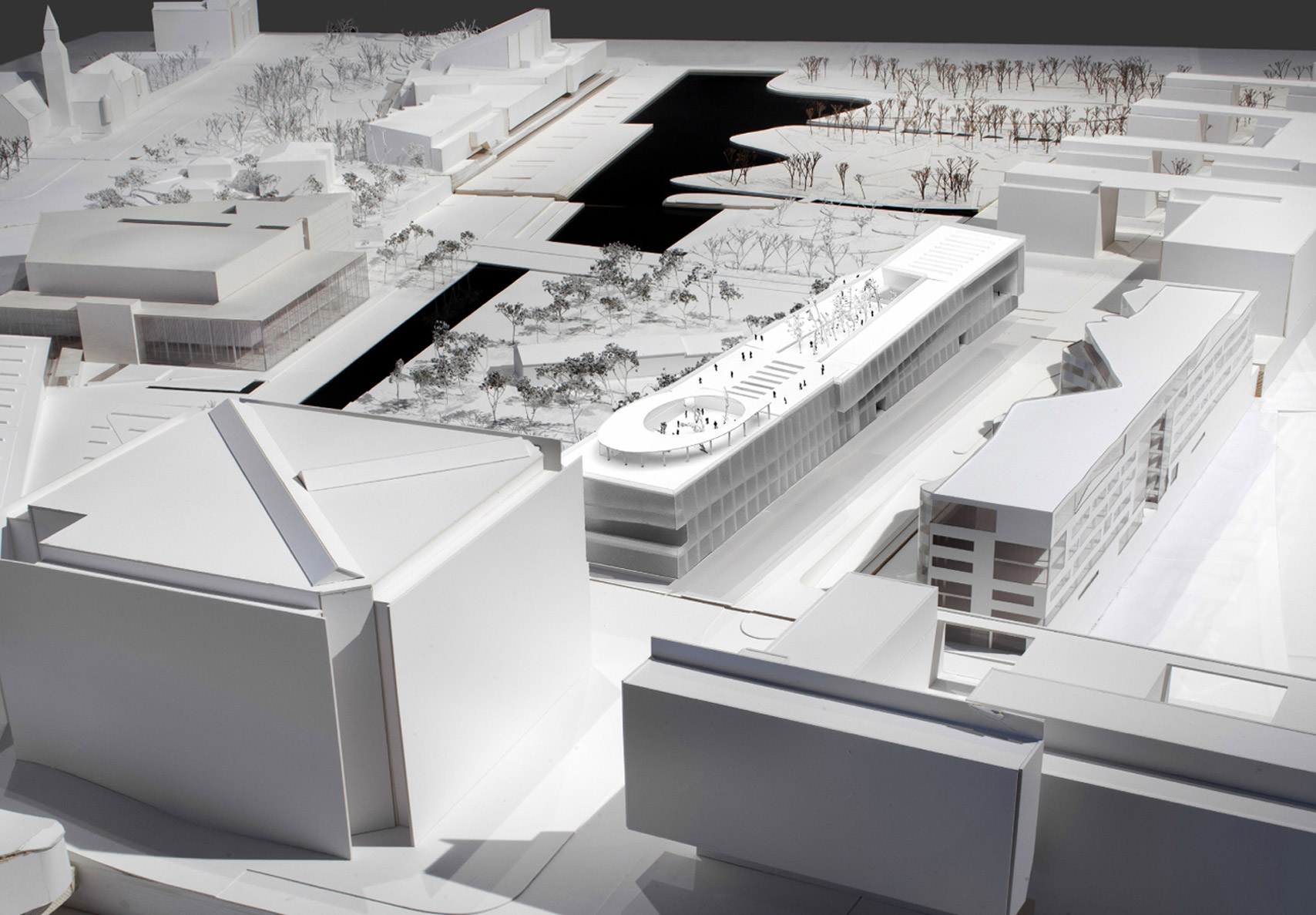 The Library completes a larger whole, a campus-like for cultural and political life shaped by the parliament building and by a series of free-standing ‘houses’ for music, dance, theatre, sculpture, and painting. The project aligns itself along this implicit rule and proposes another background structure. On the façade facing the park and the Parliament it separates the building into two masses to house a covered urban arcade that makes it possible for passers-by to cross the area from the south to the north, while providing a privileged (and protected) viewpoint.

The Library is envisioned as a self-sufficient island of cultural life rather than a library. It stands as an urban iceberg that at night turns into an over-scaled urban lamp able to illuminate the entire cultural district. This relationship between a practically mute exterior and a section loaded with surprises is typical manifestation of bare architecture. The project is about designing a mass without mass that could serve as both a lookout point and as a background. HCL is a neutral building, a background without a background with its own depth.